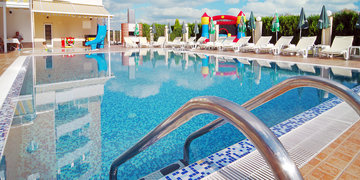 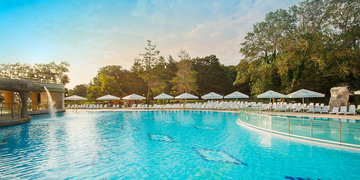 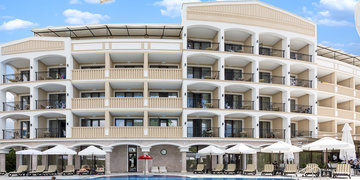 A tourist destination approx. 55 km south of Burgas, which attracts many tourists each year. It is located on a small peninsula, between two bays: Stamopolo and Diavolski. The sandy beaches that are approx. 10 km long are considered to be some of the loveliest on the entire coast. Most of the beaches are prepared, there are umbrellas and sunbeds for hire, bars and watersport equipment rentals. Primorsko offers many attractions, also for families with children - it is a very friendly resort with cafes, restaurants, discos and traditional Bulgarian taverns. There is Aqua Planet aquapark with lots of entertainment not only for the kids, it is also worth visiting the nearby Ropotamo reserve, the Perla dunes and Beglik Tash - considered to be a place of worship from the times of the reign of the Thracians.

Attractions in the region

The cathedral mosque of St Aleksander Nevsky, which houses 5 thousand people, was built in the years 1882-1913 in a neo-Byzantine style according to the project of an architect from St. Petersburg - A.N. Pomerantsev.

On a high terrace over the coast extends a huge Seaside Park, designed by the Czech Anton Novak - the architect modeled on the gardens of the imperial palace Schönbrunn in Vienna.

The famous monastery was visited by Tsar Petar (927-969). In the Orthodox Church an urn has been placed with the heart of the last Tsar of Bulgaria, Boris III of Bulgaria, who converted here to orthodoxy. A museum operates here, which is rich in exhibits.

Here you can: paint an icon, design and make beautiful jewellery, forge a horseshoe for a horse, make a pot, and after some hard work have a lokum, halva, sesame and eat many delicious... etars.

In the city of humour and satire, the clock on the tower works also at night. It does not pay off to wear shoes by climbing the tower in the morning to turn on the mechanism, and again in the evening to stop it...

The walls of the proud Greek Mesembria neighbours with a complex of 18th-century houses in Black Sea style, with artfully carved wooden pillars and bays. "The Bulgarian Ravenna" impresses with its view of the Orthodox church.

IN THE STRANDZHA MOUNTAINS

...Xenophon admired the Thracian dances. Thracian rituals survived in nestinars' rites - a dance on burning coal. This tradition was inscribed on UNESCO's List of Masterpieces of the Oral and Intangible Heritage of Humanity.

Valiant Thracians rest with their horses in kurgans in the Valley of the Thracian Kings. There are more than 1500 of them in the fragrant with roses Kazanlak Basin (it is also worth visiting the Museum of Roses).

On the fresco Last Judgement in the Orthodox Church of St Nicholas, the artist Zachari Zograf placed influential Turkish citizens of Plovdiv among the damned. The passions of Muslims have gained approval from Bulgarians, but the naked women sinners aroused disgust.

The Oracle of Dionysus, just as famous as the oracle in the Temple of Apollo in Delphi, was in Perperikon! Thus, here "Alexander the Great himself heard such a prophecy, (...) that he would be the lord of the world" (Suetonius, Twelve Caesars).

More photos of the region

Pilot: tourists are looked after by a Polish resident, whose tasks include help upon arrival, departure and stay, as well as registration for local trips.

Visas: not required. Polish citizens may cross the Bulgarian border using their Personal ID. Be sure to remember about a document for the child.

Visitor's tax: a visitor's tax is obligatory in Bulgarian, which has been included in the price of the event.

Beaches: free entry, umbrellas + 2 sunbeds: 14 EUR/day (in the centre of the resort).

Local trips: organized by local tourist agencies on terms specified by them. There is a possibility that, if there is not enough participants, a trip may be canceled.

You can always find up to date information about security in this country on your Ministry of Foreign Affairs website.